A reporter from Spanish-language television network Univision told Vice President Harris it was an “honor” to ask her questions during a trip to Central America because she “voted for her.”

“Thank you, Madam Vice President, It’s an honor… I voted for you!” said the journalist.

“Thank you!’ responded the Vice President.

Watch the hard-hitting question above .

Democrats should be worried about their heir apparent.  According to more than one poll, the Vice President is not viewed favorably by the American people. The most recent YouGov tracking poll shows Harris’ unfavorability rating at 49%, while her favorability rating sits at just 45%.  But there’s more bad news for the VP. A recent …

‘BORDER CZAR’ SNAPS: Harris Arrives in El Paso, Immediately Gets Into it With Press

Harris has had it. According to Fox News, “As she arrived in El Paso, she was asked by Fox News’ Peter Doocy why right now was the time to make her first trip to the border.” “It’s not my first trip, I’ve been to the border many times,” she snapped back, apparently referring to visits … 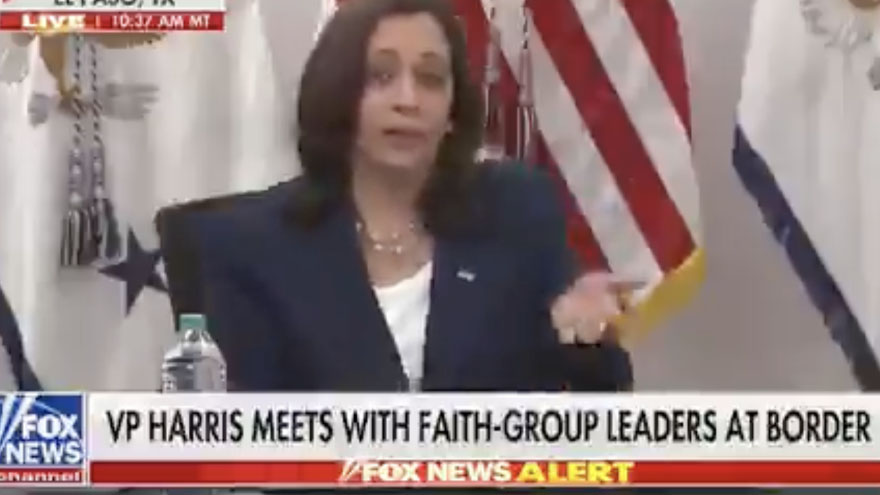 THERE IT IS: Harris Blames TRUMP for Biden’s Border Crisis, Says They ‘Inherited’ a Mess

Finally, the Vice President – the Border Czar – is going to Texas. (170,000 crossings a month must have been her limit). But will she be able to actually fix anything? According to the New York Post, “The Biden administration’s undoing of former President Donald Trump’s border policies has prompted a flood of Central American …

When will Vice President Harris realize this problem isn’t going away? In a recent interview with Univision’s Ilia Calderón, the Veep lost her cool when pressed on a border visit which, in the month of May alone, had more than 180,000 attempted illegal crossings. Watch the uncomfortable exchange below: