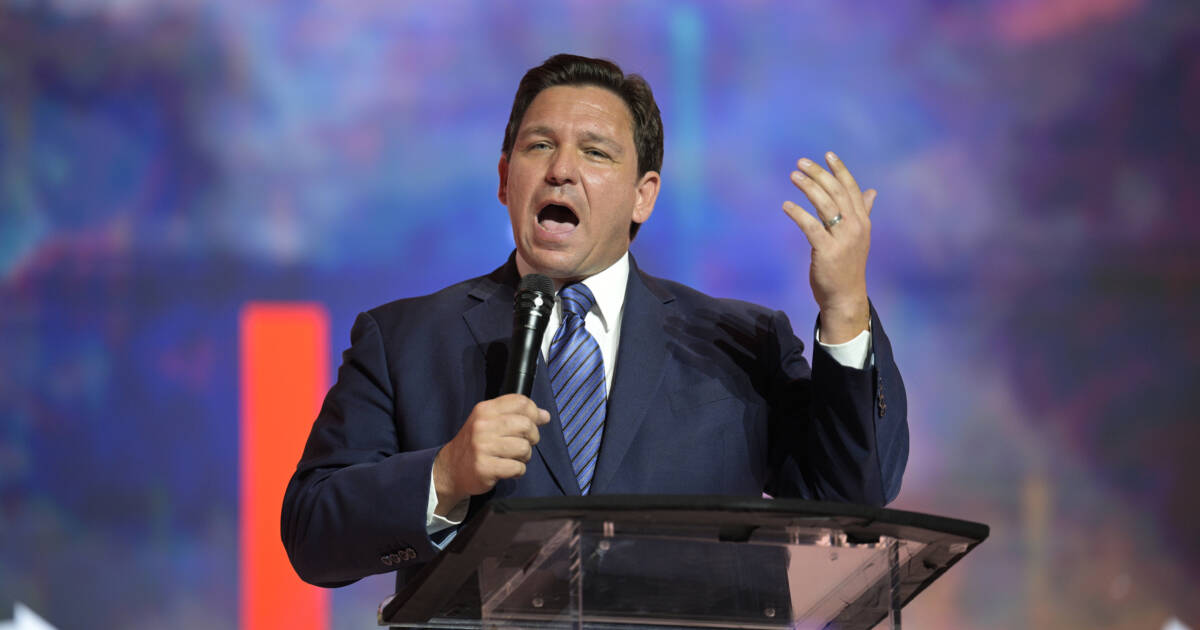 “Has the world gone totally mad?”

During a recent event, Florida Governor Ron DeSantis (R) addressed claims that he “falsely lured” migrants to Martha’s Vineyard and shredded the lefts ridiculous comparisons to the Holocaust.

“I think that’s totally false,” DeSantis told reporters. “I think if you look, the folks that are contracted, not only do they give them a release form to sign, they actually give them a packet and in that packet included a map of Martha’s Vineyard. So it was obvious that that’s where they were going and they gave that to them.”

“And here’s the thing, it’s all voluntary, because it’s just the type of thing where we think that’s the right way to do it,” DeSantis continued. “I mean, I think that if the states could send, I would send back to Mexico or back to the home country. But here we are doing it voluntarily, they sign a release, and then they get a packet. So they did get a packet that had the map of Martha’s Vineyard. And they’re also treated, you know very well with all this, I mean, they’re treated well with meals and everything.”

“I saw somebody on CNN try to say, ‘sending 50 illegal aliens to wealthy Martha’s Vineyard is reminiscent of the Holocaust,’” DeSantis said. “And I just thought to myself, has the world gotten totally mad? I mean, these are voluntary transportation that they’re signing up for, but they’re given a good ride, they’re given everything. And that’s just you know, it’s a humane thing to do.”