President Biden lamented the Supreme Court’s decision to overturn Roe V Wade Friday despite calling for similar action back in 1982.

In the nascent days of his political career, Joe Biden had disapproved of the Roe v Wade ruling by the US Supreme Court and said women did not have “the sole right to say what should happen” to their bodies.

Mr Biden, who had become a senator in 1973, had made the remarks a year later.

“I don’t like the Supreme Court decision on abortion. I think it went too far,” he had told the Washingtonian magazine in 1974.

“I don’t think that a woman has the sole right to say what should happen to her body,” Mr Biden had said as the youngest senator in his early 30s back then, adding that he was “really quite conservative on most other issues”.

He had also been singled out as one of the only two Democrat lawmakers supporting a constitutional amendment that would allow states to overturn Roe v Wade and pass their own laws over abortion, as per The New York Times archives from 1982.

LYING JOE: Biden Says Hospitals Won’t Treat Women Who Have Miscarriages Because of the Supreme Court 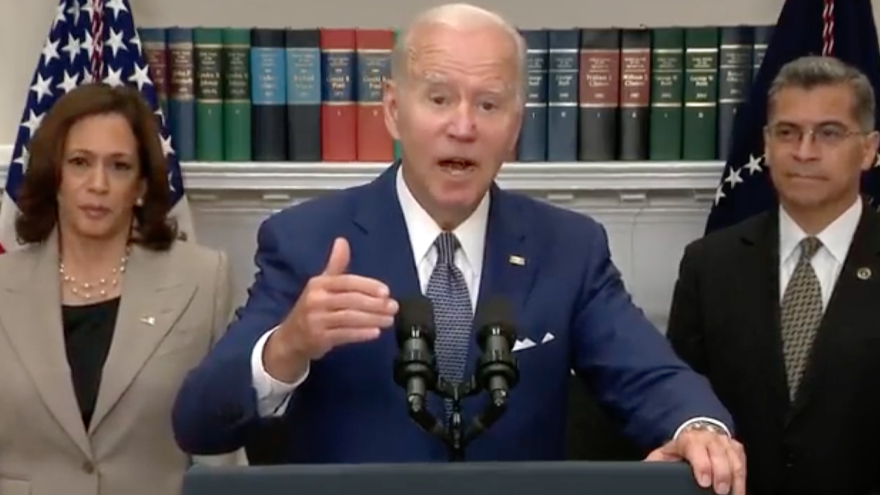 LYING JOE: Biden Says Hospitals Won’t Treat Women Who Have Miscarriages Because of the Supreme Court

President Biden escalated his war-of-words with the Supreme Court Friday, falsely stating that Emergency Rooms will delay treating miscarriages because of the Justices’ decision to overturn Roe V Wade. “A patient can go to the Emergency Room in any state in the union, she’s experiencing a life-threatening miscarriage. The doctors are going to be so …

President Biden is calling on Congress to ease filibuster rules in order to codify Roe V Wade just days after the Supreme Court found the decision Unconstitutional. “I believe we have to codify Roe v. Wade into law. And the way to do that is to make sure Congress votes to do that,” Biden told …