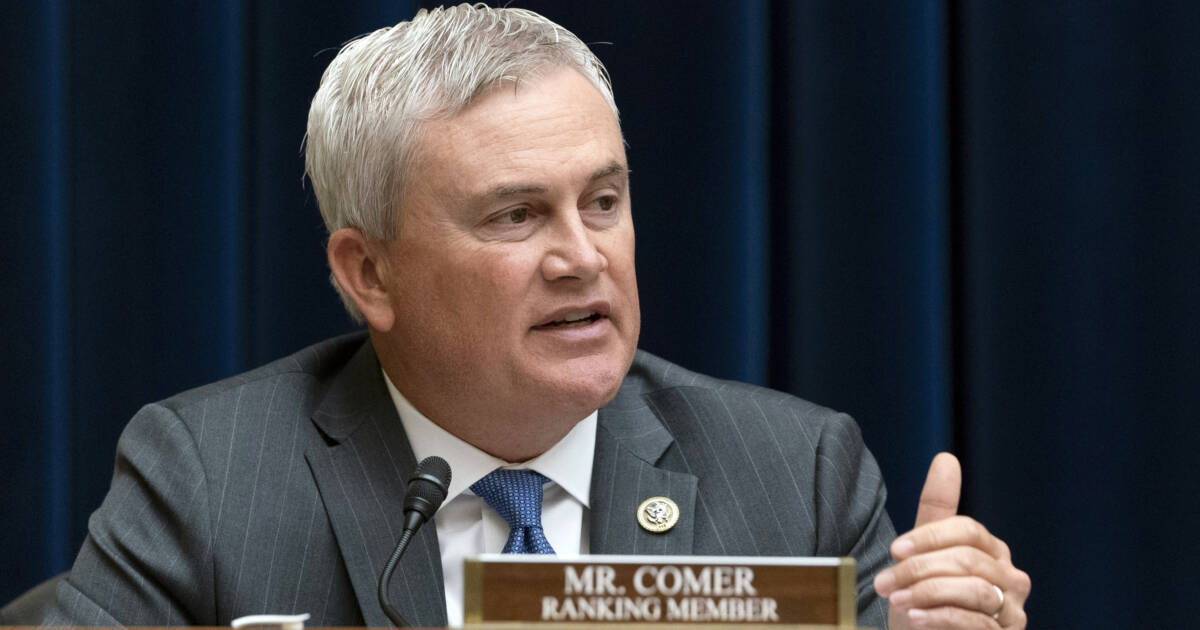 Excerpts and clip below:

REP. JAMES COMER: We do know that prior to Joe Biden becoming president any member of Congress had access to suspicious activity reports. One first rule change Joe Biden made when the president was changed to that rule, so Republicans have been blocked from getting the answers as to what triggered those 150 suspicious activity reports. Remember that’s the banks, and there was more than one bank, that notified the federal government that we believe our client has committed a crime. Now he [Hunter Biden] had 150 of these from at least four different banks, and yet we haven’t seen been able to determine the extent of what exactly triggered suspicious activity reports. We’re going to request these again from treasury after the November elections. We are going to expect to have these on day one in January.

If we don’t get them we will use subpoena power to get them. We will also invite the bank CEOs to come in, and hopefully won’t have to subpoena them for that but going to get those suspicious activity reports, and we will be able to answer those questions as to Hunter Biden and Jim Biden’s personal banks notified federal government that their clients, who they knew at the time were the son and brother of the sitting vice president of the United States. We are confident they committed a crime, so this is very serious. I am very disappointed that mainstream media hasn’t picked up on this because this is a pretty sure indication that there was criminal activity. That means that they were probably doing business with people who had sanctions or countries who America had sanctions against. The average American couldn’t do business with them, but the Biden family could do business with them, and the business they were doing was influence peddling. They were helping these people navigate bureaucracy, trying to get Chinese energy companies, and Ukrainian energy companies through the backdoor, so they could start getting a foothold on American energy. That is counter to everything every American citizen should want especially now with record-high energy prices.